Transurethral Resection of Bladder Tumor (TURBT) :
This procedure may be suggested for slow-growing cancers that remain confined to the bladder lining. A surgeon uses a cystoscope with a loop cutting tool inserted into the bladder through the urethra, to remove the tumor. If necessary, an electric current may be used to burn away remaining cancer cells (referred to as fulguration). The doctor may also take biopsies of both the tumor and surrounding normal cells.

Cystectomy :
Partial or total (radical) removal of the bladder may be the best option for aggressive cancers. A radical cystectomy removes the entire bladder, nearby lymph nodes, part of the urethra and nearby organs that may contain cancer cells. In men, the prostate gland is usually removed and sometimes the urethra. In women, the lower end of the ureters, the front wall of the vagina, the uterus, fallopian tubes and ovaries are usually removed. In some instances, a segmental (or partial) cystectomy is performed where only the cancer and some of the bladder tissue around the tumor are removed.

Reconstructive Surgery :
If cystectomy is done, then reconstructive surgery has to be done. Once the bladder is removed, it is necessary to create a storage space to take over the bladder functions, and to fashion a structure that will allow the passing of urine. Surgeons offer three ways to achieve this:

Radical Nephrectomy :
Surgeons remove the entire affected kidney as well as the adrenal gland, some surrounding tissue and possibly some lymph nodes.

Partial Nephrectomy :
Surgeons remove the tumor with part or none of the kidney.

Mohs Surgery :
A surgical procedure to remove a visible lesion on the skin in several steps. First, a thin layer of cancerous tissue is removed. A second thin layer of tissue is removed and viewed under a microscope to check for cancer cells. More layers are removed one at a time until the tissue viewed under a microscope shows no remaining cancer. This type of surgery is used to remove as little normal tissue as possible. This approach is only used for early stage cancers confined to the penile skin with little or no invasion into the deeper tissue.

Laser Surgery :
A surgical procedure that uses a laser beam (a narrow beam of intense light) as a knife to make bloodless cuts in tissue or to remove a surface lesion such as a tumor. This approach is only used for early stage cancers confined to the penile skin with little or no invasion into the deeper tissue.

Cryosurgery (cryotherapy) :
A treatment that uses an instrument to freeze and destroy abnormal tissue. This approach is only used for early stage cancers confined to the penile skin with little or no invasion into the deeper tissue.

Circumcision :
Surgery to remove part or all of the foreskin of the penis. This approach is used with early stage penile cancers occurring in the penile foreskin.

Wide Local Excision :
Surgery to remove only the cancer and some normal tissue around it. This approach is only used for early stage cancers confined to the penile skin with little or no invasion into the deeper tissue.

Partial Penectomy :
Surgery to remove the part of the penis where cancer has spread. Plastic surgery may be done to rebuild the penis.

Radical Penectomy :
Surgery to remove the entire penis. Plastic surgery may be done to rebuild the penis. A total penectomy is only done if the cancer cells go deeply into the penis or if the cancer is at the base of the penis.

Lymph Node Dissection :
It is the removal of the nodes in the groin to determine the cancer’s potential to spread.

Glans Resurfacing :
In glans resurfacing surgery, the surgeon removes the top layers of tissue from the tip (glans) of the penis and covers the area with a skin graft.

Glansectomy :
The surgeon will remove the head of the penis before doing a skin graft to make a new head. The skin is usually taken from the thigh.

Radical Prostatectomy (Open) :
In this operation, the surgeon accesses the prostate gland through an incision (between 4 – 10 inches long). Depending on the case, the incision is made either in the lower belly or in the groin between the anus and the penis. The recovery from this surgery is lengthy because of the duration of the operation, the amount of blood loss and the trauma of the procedure. The surgeon removes the prostate gland, surrounding tissues, lymph nodes and the tubes that carry semen (seminal vesicles).

Radical Prostatectomy (Laparoscopic) :
The laparoscope is a rigid tube with a light and camera on the end. This surgery involves making a few small incisions (each less than 1/2 inch in length) rather than the one large cut made during the open approach. The laparoscope is inserted through one of the incisions and long-handled surgical instruments are inserted through other incisions. While looking through the eyepiece at the end of the laparoscope, the surgeon manipulates the instruments and removes the prostate. Smaller incisions mean less trauma, lower blood loss, lower risk of infection, and reduced recovery time.

Removing the inner part of the prostate gland (TURP) :
Sometimes a prostate cancer can press on the tube that carries urine from the bladder (the urethra). This can make it difficult to empty the bladder. The surgeon removes some of the cancer so that the urine can be passed more easily. This is called a trans urethral resection of the prostate (TUR or TURP). The aim of this operation is to relieve the obstruction. It does not cure the cancer.

Radical Inguinal Orchiectomy :
This is a procedure to remove the entire testicle through an incision in the groin. The testicle is then viewed under a microscope to check for cancer cells. Usually, the surgeon does not cut through the scrotum into the testicle to remove a sample of tissue for biopsy because, if cancer is present, this procedure could cause it to spread into the scrotum and lymph nodes. If cancer is found, the cell type (seminoma or nonseminoma) is determined in order to help plan the treatment. Some of the lymph nodes located deep in the abdomen may be removed during an orchiectomy in a procedure called a retroperitoneal lymph node dissection.

Retroperitoneal lymph node dissection (RPLND) :
Depending on the type and stage of the cancer, the lymph nodes around the large blood vessels (the aorta and inferior vena cava) at the back of the abdomen (belly) may be removed at the same time as the orchiectomy or during a second operation. Not all people with testicular cancer need to have lymph nodes removed, so it is important to discuss this (and options to it) with the concerned doctor.

Radical nephroureterectomy :
This is the most common surgery for cancer of the renal pelvis or ureter. The surgeon removes all of the kidney, the layer of fat around the kidney, all of the ureter and the tissue where the ureter enters the bladder (called the bladder cuff). With large tumours, the renal vein and parts of the large vein in the abdomen (vena cava) may be removed. Whenever possible, the surgeon will try not to remove the adrenal gland. It will only be removed if cancer has spread to it. Many surgeons believe that lymph nodes in the area around the tumour should also be removed during a radical nephroureterectomy.

Nephroureterectomy :
A surgery to remove the entire kidney, the ureter, and the bladder cuff (tissue that connects the ureter to the bladder).

Segmental resection of the ureter:
A surgical procedure to remove the part of the ureter that contains cancer and some of the healthy tissue around it. The ends of the ureter are then reattached. This treatment is used when the cancer is superficial and in the lower third of the ureter only, near the bladder. 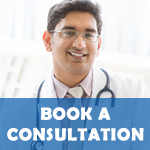